The Madison County Coroner’s Office is investigating what appears to be a weather-related death. A patrolling Glen Carbon police officer found 83-year-old Mary Kampwerth in her driveway on Rt. 159 in Glen Carbon. Kampwerth was fully clothed and appeared to be in a frozen state. There were no signs of trauma to her body.

It is not known how long she may have been outside, but judging by mail delivery and newspapers on her property, authorities believe she could have been outside since as early as January 7. The Coroner’s office said the place where Kampwerth was found would have made it hard for passers-by or neighbors to see her, especially if she had been partially covered by snow. 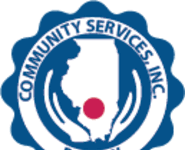