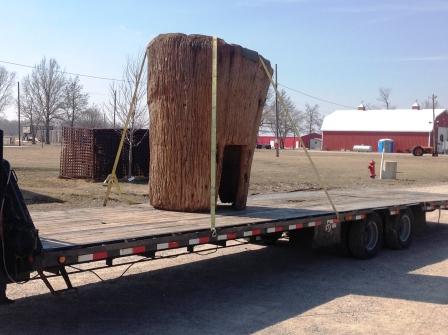 “It’s about seven foot high, and it became hollow. It [grew] up here on the Shoal Creek, down on 140 down here, and it was on the Mollet—what’s Marshall Mollet’s farm right now,” Schaefer told WGEL. “They’ve taken it down years ago, I think. They saved the stump, and it became hollow and they’ve smoked meat in it for years, and the kids have played in it. It’s just something that’s been preserved and now he’s turning it over to the museum to take care of it.”

Schaefer said the tree is estimated to be over 400 years old and will be kept inside for preservation.