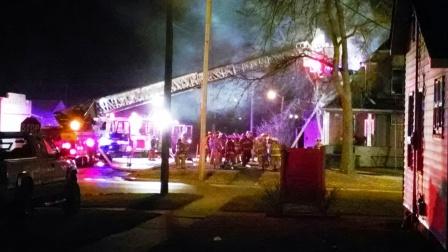 Greenville firefighters responded Tuesday at 11:02 p.m. to a report of a house fire in the 600 block of South Second Street. According to the fire report, the cause of the fire is believed to be electrical. The fire started in the attic above the front porch and damage is extensive.

Damage is estimated to be $20,000. Smithboro and Mulberry Grove firefighters provided mutual aid. Crews were on the scene about two hours.