In the Democratic race for Regional Superintendent of Schools in Calhoun, Greene, Jersey and Macoupin Counties, Larry Pfeiffer won with 131 votes over David Schwartz who received 68 votes. In the Madison County Board Republican race for District 11, Brad Maxwell won over Don Weber by 125 votes.

The Madison County Jail Bond Referendum, which proposed the county issue bonds in the amount of over $18 million to construct, expand, and remodel the county jail, failed with more than double the amount of votes against the proposition than there were in its favor.

Voters also weighed in on a proposition to raise the maximum tax rate for the Staunton Community Unit School District 6 one percent to just over 3.8 percent of the assessed value of taxable property. The proposition failed in with 342 “no” votes and 172 “yes” votes.

*These election results are not official until they’ve been canvassed next week. 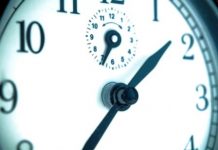