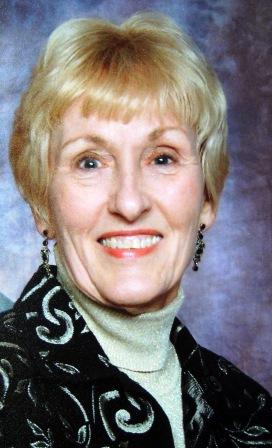 A Greenville woman who influenced the role of women in local business in the 1980s is this year’s Gerald Turley Memorial Award winner. Cathie Wiedenhoeft will receive the honor later this spring during a ceremony hosted by the Greenville Chamber of Commerce. Cathie and her husband, Bob, owned the Coast to Coast Hardware store in Greenville for 18 years.

The Wiedenhoefts came to Greenville in 1980 and quickly became involved in the community. Remembering their arrival, Cathie said, “Even though we were outsiders, I found Greenville to be a very accepting community.” Cathie joined forces with three other local businesswomen who spearheaded the Greenville Business and Professional Association (GBPA), which spawned a Main Street revitalization of downtown.

The GBPA sponsored a number of downtown events with Dairy Day being Wiedenhoeft’s project and “most cherished accomplishment.” She saw this festival, held on the Saturday of Father’s Day weekend, as a way to show appreciation for the local agricultural community. Wiedenhoeft looks back with pride on the memories made at Dairy Day.

“Grandparents could tell their grandchildren how things were back on the farm. We had Greenville College students who had no idea how big a cow was. And a Show Me St. Louis television personality who had no idea where butter came from.”

This year’s Turley Award recipient has also served on the Chamber of Commerce board, Bond County Senior Center board, the Pierian Club, and the Greenville Women’s Club from 1981 to 2011. She’s been on the Greenville Tourism Board for over 15 years; many of those as the chairperson.

On her role as a woman in business, Wiedenhoeft reflected, “At that time, women were not at the same point as they are now in equality. The Chamber of Commerce and Commercial Club were all men. Through the 1980s and 1990s, as a businesswoman, it never occurred to me there were things I couldn’t do. But I never felt any negative feedback. I felt accepted and respected.” For the past 16 years, she has worked at NACO Printing.

The recipient of the Gerald Turley Memorial Award is selected by a special committee of the Chamber of Commerce. Created in 1994 to honor a Greenville citizen who has demonstrated personal sacrifice, involvement, innovation, and community leadership to promote the success of Greenville, the award was named for Gerald Turley, a former mayor. Last year’s recipient was Frank Joy. For more information about the Gerald Turley Memorial Award, contact the Greenville Chamber of Commerce at 664-9272.