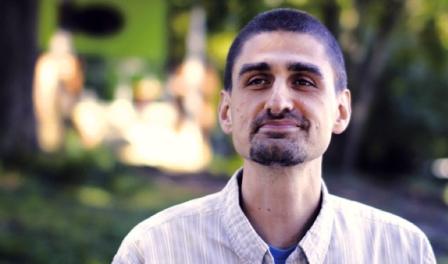 Jonathan Wilson-Hartgrove’s most recent book, “Strangers at My Door: A True Story of Finding Jesus in Unexpected Guests,” chronicles the experiences of Jonathan and his wife as they opened their door to people in Walltown, a historically poor and crime-ridden neighborhood in Durham, N.C. On April 11, Wilson-Hartgrove will speak about race and reconciliation in Christian community during Greenville College’s chapel service at 9:30 a.m. in the Whitlock Music Center. The event is free and open to the public.

Jonathan Wilson-Hartgrove is a native of North Carolina, and a graduate of Eastern University and Duke Divinity School. In 2003, he and his wife Leah founded Rutba House, where formerly homeless are welcomed into a community that eats, prays, and shares life together. Jonathan directs the School for Conversion, which grew out of the community at Rutba House. He is also an Associate Minister at the historically black St. John’s Missionary Baptist Church. Jonathan is a celebrated author and leader of the New Monasticism movement, working alongside Shane Claiborne.