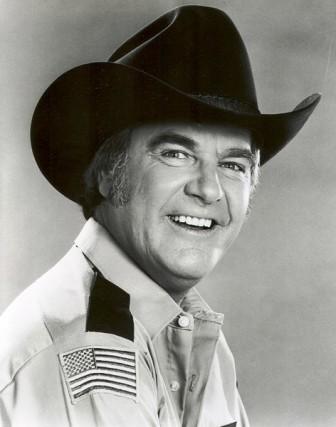 You can see the cars and stars on Saturday, June 14 at the 3rd Annual Greenville Graffiti Car Show. Registration for the car show is from 9:00 a.m. until noon with awards presented at 3:00 p.m. Judging is open to cars and trucks from 1989 and older. Plaques will be awarded to the Top 40 overall and the Top 10 pre-49 street rods selected by the judges. The entry fee is $15 for judging or $7 for display only. The first 100 registered will receive complimentary dash plaques. The classic vehicles will be parked along 2nd Street from the First United Methodist Church to Beaumont Avenue. Last year’s event attracted over 130 entries.

James Best, famous for his role as Sheriff Rosco P. Coltrane on “The Dukes of Hazzard”, is this year’s featured celebrity. Best, whose career began in 1950, will make two public appearances while in Greenville. He’ll star in his one man show, “Best in Hollywood”, on Friday, June 13 at 7:00 p.m. at the Globe Theatre. Best will show clips and share stories about his incredible career. Tickets for the show are $20 and may be purchased at Watson’s Drug Store. Best will also sign autographs at the Greenville Graffiti Car Show from 10:00 a.m. until 2:00 p.m. on the First United Methodist Church grounds. He’ll serve as a celebrity judge for the car show. Greenville Mayor Alan Gaffner and the Bond County Sheriff’s Department will make special presentations to the actor at noon.

A craft and vendor show, sponsored by the Circle of Friends team and benefiting the Lemuel Rhodes Cancer Foundation, will be held from 9:00 a.m. until 3:00 p.m. on the Second Street municipal parking lot. Around 30 dealers are participating.

Food booths will be operating from 10:00 a.m. until 3:00 p.m. near the intersection of Second Street and Summer Avenue.

For more information, contact the Greenville Chamber of Commerce at 664-9272.