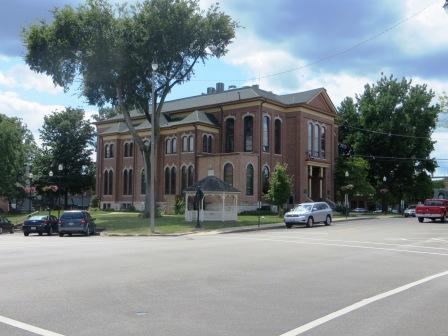 A large crowd gathered for the Bond County Board’s regular meeting this week.  The main topic of discussion was a $524,352 certificate of error in assessed valuations.  The issue had created a shortfall in tax distribution to 13 governing bodies in Bond County.  Representatives of many of those governing bodies were present.

Supervisor of Assessments Deb Langham addressed the audience and detailed a timeline going back to 2012 when a new law had been passed that she said was intended to clarify a hospital’s rights to tax-exempt status, if that hospital qualifies.

Langham said she assessed Greenville Regional Hospital for property taxes and later was informed by the hospital that they had filed for and received tax-exempt status.  However, since Langham’s assessment had already been filed with the Department of Revenue, the figures for Bond County projected more in assessed valuation than could actually be taxed in the county.  This impacts the finances of the 13 governing bodies in question.

Unit 2 Superintendent Jeff Strieker explained that the financial impact on the school district would be in excess of $200,000.  The increased valuation due to the assessment on the hospital gives the appearance that the district is in better financial shape than it actually is which causes a reduction in aid from the state.  Strieker said this impact would be “decimating to our district.”

Langham said she had been in contact with the Department of Revenue to attempt to amend the final abstract, but was told that was not possible.  Greenville City Manager Dave Willey said he had worked with Bond County State’s Attorney Chris Bauer and they believed an amendment to the county’s assessed valuation still might be legally accomplished.  If this were to happen, new tax bills would have to be prepared and sent out.

Everyone involved in the discussion agreed to look further into that option and if it is not possible, the consensus was to approach Senator Kyle McCarter and Representative John Cavaletto and enlist their help in a trip to Springfield.  Each governing body agreed to create a statement of impact that they would personally take if the group is able to approach the Department of Revenue with McCarter and Cavaletto.