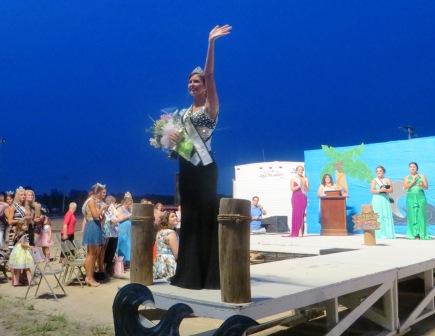 Your 2014 Bond County Fair Queen is Kelli Mollett, of Greenville.

First Runner Up in last night’s Bond County Fair Queen Pageant was Megan House. Megan was also voted Most Photogenic by members of the Bond County Fair Board. Kayla Frey was voted Miss Congeniality by her fellow pageant contestants. Taylor Zobrist was selected as the People’s Choice award winner, voted on by the pageant audience. And Kennedy Cherry won the Participation Award, having volunteered the most hours during this year’s Bond County Fair.