Additional details have been released in an incident that started at Bradford National Bank Thursday and ended on I-70 that evening.

A Bradford National Bank spokesperson told WGEL that bank employees had been alerted about a local woman whose purse had been stolen. On Thursday, individuals visited the Bradford National Bank drive-thru with two checks from St. Louis and the ID of the person who had reported her purse stolen. Bank employees alerted police and the suspects fled the scene. They were pulled over shortly thereafter by a Greenville Police officer near Dairy Queen.

Police Chief Lou Lorton told WGEL the driver of the vehicle, an Enterprise rental car from Florida with Louisiana license plates, fled on foot and the suspect in the passenger seat got into the driver’s seat and drove away. That car was then involved in a three-vehicle accident at the corner of College and 4th Street. The car came to a stop off the road, inches from the front door of Midland States Bank. The driver of the vehicle fled the scene on foot and was later picked up in a white mini-van with Texas license plates. The van was an Enterprise rental from Georgia. 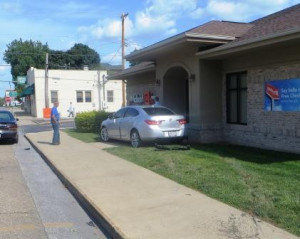 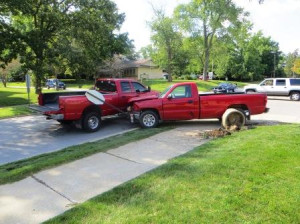 Pocahontas and Pierron police officers located the white mini-van on I-70 near Pierron late Thursday afternoon. Police took five males and one female, all from Florida and Georgia, into custody.

All suspects are currently being held in the Bond County Jail. Lorton told us officers continue to investigate potential crimes in other states that may have allegedly been committed by the suspects in custody. He expressed thanks to alert bank employees and the public for helpful information phoned in to the Greenville Police Department during their investigation.