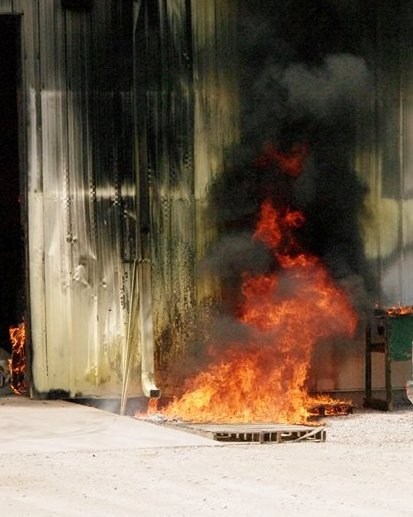 A corner of the South Central FS Country Depot caught fire Saturday afternoon around 12:30 according to Greenville Fire Chief Bill Johnston. Johnston said it’s possible the fire started outside and then spread to the southeast corner of the metal building. The building was full of all kinds of animal feed. 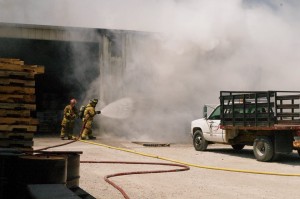 The fire was in a corner of the storage area and there was no structural damage to the store part of the building. Johnston said that a fire fighter happened to be in the area and notice the smoke. Johnston said if the fire fighter had not been in the right place at the right time the fire could have been much worse. Instead there was little structural damage; however smoke damage to the animal feed and other products was estimated at $375,000. 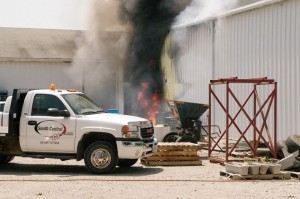 Fire fighters were on the scene around 3 hours and Smithboro and Mulberry Grove were called for mutual aid for manpower. Johnston also said no one was hurt and didn’t believe anyone was in the building when the fire started. 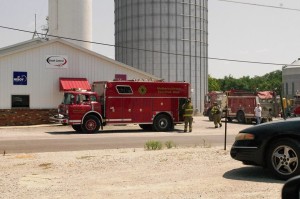