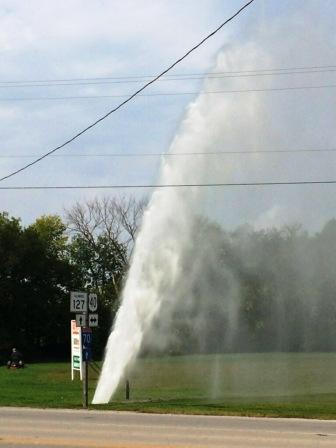 Greenville City crews were kept busy Wednesday with a large water main break at the intersection of Rt. 127 and Highway 40, on the southern end of Greenville.

As a result of the break, water was shooting dozens of feet into the air for a few hours Wednesday morning.

Due to the break, a portion of the City of Greenville is under a boil order until further notice.

The boil order includes all of Ridge Avenue, Eagle Drive, and Cardinal Drive south of City Rt. 40; the south side of City Rt. 40 between Rt. 127 and Ridge Avenue; both sides of Rt. 127 from the 1200 block up to and including the 1700 block; 2 Creeks Trailer Park; the Villa Verde Subdivision; and Bowman Drive from Ridge Avenue to Rt. 127. 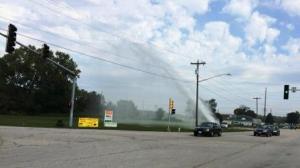 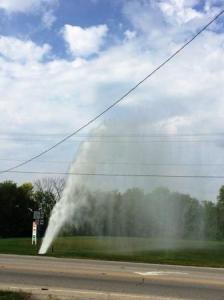