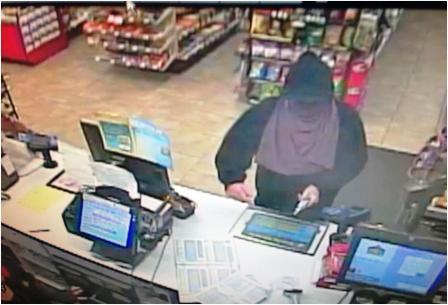 Madison County Sheriff’s Deputies responded to a report of an armed robbery at the Casey’s General Store on Godfrey Road in Godfrey Wednesday morning, around 5:27 a.m.

Clerks at the store told deputies a suspect described as a white male of undetermined age, approximately 5’8” to 5’10”, with a small build, entered the business with a small silver handgun, demanded money from the register, and fled on foot, heading north.

The suspect was reportedly wearing dark clothing, a hoodie, and/or a stocking hat, with a red or pink cloth or scarf over his face.
Deputies and a canine unit searched the area, but could not locate the suspect.

Anyone with information relating to the incident should call the Madison County Sheriff’s Office at 692-4433. 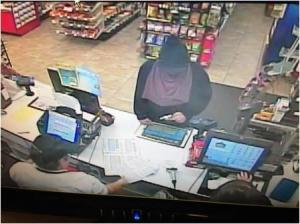