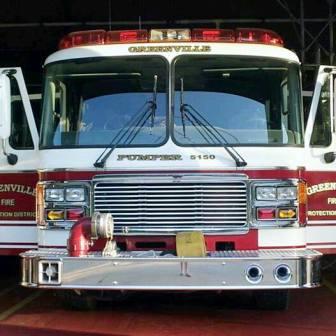 The Greenville Fire Protection District was called to a mobile home fire at #10 Lynch Loop, off Red Ball Trail, Sunday around 6:15 a.m.

When Greenville crews arrived, the mobile home was fully involved. Mutual aid was requested from the Smithboro and Mulberry Grove Fire Departments.

Greenville Fire Chief Bill Johnston told WGEL the blaze caused damage to a neighboring mobile home, at #11 Lynch Loop. Johnston said LP tanks were located between the two structures, but thankfully did not ignite. The occupants of each mobile home are both in the process of moving, so no one was home in either structure during the fire.

Crews were on the scene for about two and a half hours. The cause of the fire remains undetermined.