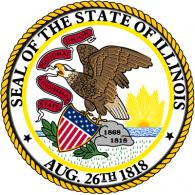 Meanwhile, two binding referenda appear to have reached the required vote totals to become law — one to expand crime victims’ rights, and one to effectively bar voter ID laws.