This has been a remarkable year for the Civil War room at the Hoiles-Davis Museum. In May, descendants of Col. John B. Reid loaned to the Bond County Historical Society a sword he used in the final months of the Civil War. Last Friday two items used by Captain John Denny Donnell during the Civil War and another unique Lincoln related artifact were brought back to Greenville by his great grandson.

Denny Donnell of Columbia, Missouri is a frequent visitor to the Hoiles-Davis Museum during his trips home to Greenville. Familiar with the museum’s Civil War room and the arrival of Col. Reid’s sword earlier in the year, Donnell decided the time was right to bring his great grandfather’s portable field desk and brass powder flask.

The field desk, which looks like a wooden box with several compartments for sorting documents, was probably a government issue to Captain William A. Colby, a Greenville man serving in the 130th Illinois Infantry. It’s believed that upon Colby’s death in the Battle of Vicksburg, the field desk was given to Donnell who was promoted to Captain. The desk remained in the Donnell family for generations.

The other item donated by Denny Donnell to the Bond County Historical Society is a silk banner prominently featured in a 1909 photograph taken on the steps of the Bond County Courthouse. The hand painted banner reads “We Voted For Lincoln”. Kevin Kaegy, local historian, said the photograph, which has been on display at the Hoiles-Davis Museum for a number of years, shows a group of men possibly participating in a Grand Army of the Republic reunion. One of the men in the photo is holding the banner which Donnell has donated to the museum. The banner was most likely made by DeMoulin Bros. & Co. Kaegy pointed out that 1909 marked the centennial of Abraham Lincoln’s birth.

The Hoiles-Davis Museum is currently closed for the winter but will reopen next spring with these items on display. 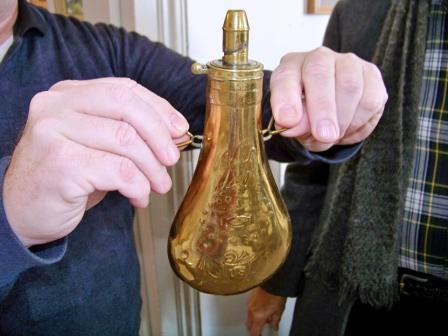 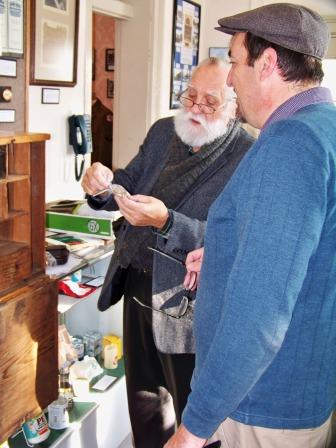 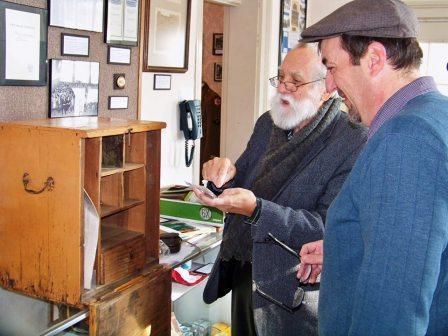