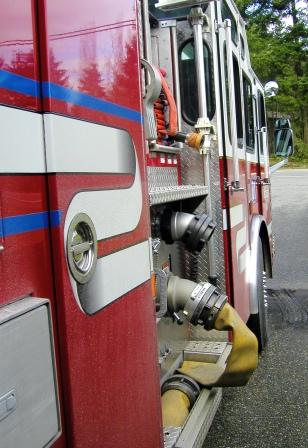 Highland Firefighters responded Thursday, at 10:42 a.m., to a fire alarm at the Wicks Aircraft Factory on Pine Street in Highland. According to Fire Chief Rick Bloemker, soldering on pipes in the wall between two bathrooms started a fire in the wall. The fire traveled up the wall and spread to the floor joists of the floor above. Firefighters had to remove the drop ceiling in both bathrooms and some flooring to extinguish the fire. Damage is estimated at approximately $5,000.00. There were no injuries and firefighters were on the scene about one and a half hours.