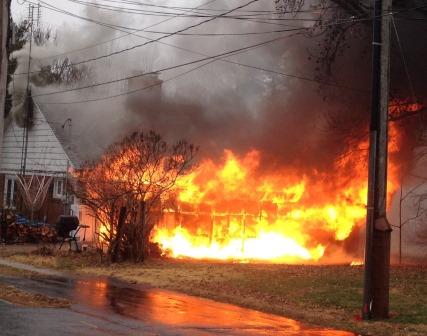 The Greenville, Smithboro, and Mulberry Grove Fire Protection Districts responded to a house fire at 211 Vine Street in Greenville just after 1:00 Monday afternoon.

Greenville firefighters were called to a report of smoke coming from the attic area of the home, however upon their arrival a heavy fire was visible in the carport and kitchen area. Thick black smoke from the fire was visible throughout the downtown Greenville area.

An estimated $95,000 in damage was sustained and the home was a total loss. A motorcycle valued at $3,000 was also destroyed in the blaze. Firefighters told WGEL no one was injured in the fire, the cause of which is undetermined. According to the fire report the home is owned by the Central Christian Church and it’s occupant was Tom Plog. 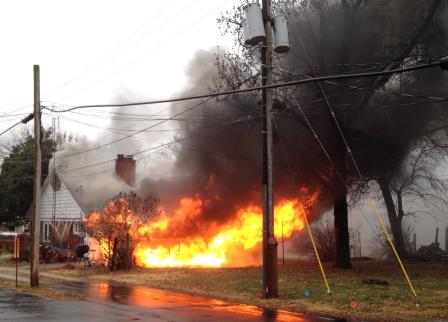 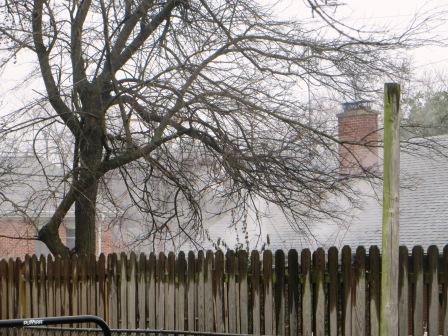 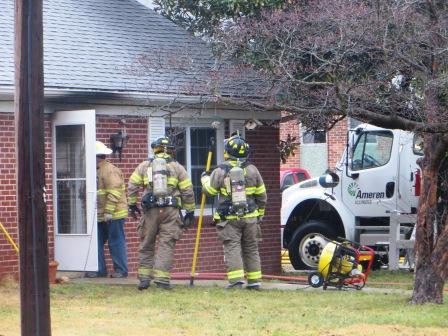 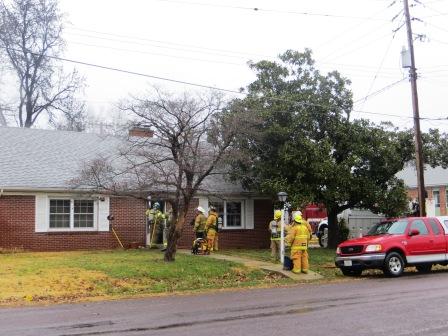