The Greenville City Council met late last week in special session and voted to extend the land purchase option for RFP, LLC, the company that has submitted plans to the state to build a medical marijuana cultivation center in the Wolf Industrial Park. The extension is necessary since the state has yet to move on awarding either the cultivation or distribution sites, even though the original date scheduled for that announcement has passed. The entire future of the voter-backed medical marijuana program is in jeopardy as Governor Rauner says he will do a full review of the program before going forward. No time table is in place for when that review may be finished.

Former Governor Pat Quinn had chosen many of the sites for both the cultivation and dispensing of medical marijuana but refused to act near the end of his term and instead left the decision to Rauner. It has not been revealed yet if Greenville was one of the sites chosen by Quinn before he decided not to issue any licenses as his term ended.

The plan for the Greenville site is for cultivation only and not distribution. 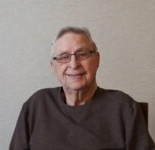 Everyone Wins With Who’s Minding The Christmas Store!