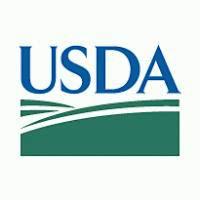 The U.S. Department of Agriculture has filed a complaint against the owners of Woody’s Menagerie in Mulberry Grove, a traveling educational wildlife exhibit featuring exotic animals. According to the USDA complaint, the respondents allegedly made false statements to inspectors regarding animals and did not provide access for inspection.

Gregg Woody, owner of Woody’s Menagerie, stressed to WGEL that no charges have been filed; he has only received a letter of allegations.

He told us there is a multi-step back-and-forth process to respond to the allegations. His business will have to respond to the letter, stating whether or not they committed the alleged violations. The USDA will then have to decide whether to pursue charges.

Woody said that he is very confident in the care provided to his animals and says his reputation speaks for itself.

“We’ve been in this area for almost 25 years now,” he said. “I’m 120% positive it’s going to work out as long as we have open-eyed people that are knowledgeable about the animal field and want to look at it that way.”

The Illinois News Connection reports the animals involved in the complaint include goats, bears, tigers and a cougar.