The Bond County Historical Society is celebrating its 60th anniversary.

Society President Kevin Kaegy said the society was formed due to the efforts of historian John Nolan.

Kaegy said Nolan met with an official from the Illinois State Historical Society in the Bond County Courthouse. The group was formed to house Nolan’s scrapbook collection.

The annual meeting of the county’s historical and genealogy societies was held Tuesday night in Greenville.

The program was titled “Montrose Cemetery and Mausoleum Voices” with current residents portraying residents of the past who are interred there.

Officers and directors of the historical society were elected for 2015-16. Officers are Kevin Kaegy as president, John Goldsmith as vice president, John S. Coleman as treasurer and Jane Hopkins as secretary.

Anyone interested in joining the historical society can attend a meeting, held on the fourth Tuesday of the month at 7 p.m., usually at the Hoiles-Davis Museum on West Winter Avenue in Greenville. 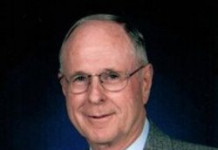 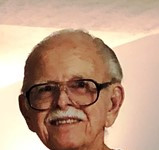 Health Board President On Vaccine