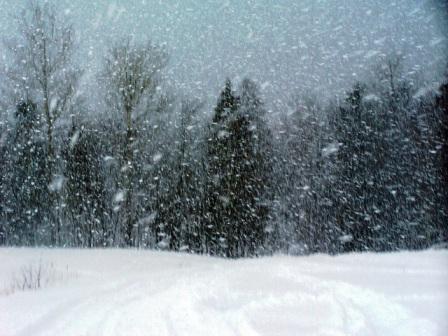 For Ben Logullo, the trip this year to the March For Life in Washington, D.C. was much more eventful thanks to a big snow storm.

Logullo, the son of Jon and Stephanie Logullo of Greenville, was one of 13 Mater Dei High School students on a bus that became stranded for more than 24 hours on an interstate in Pennsylvania.

Ben told WGEL the group was part of the March for Life, protesting the Roe vs. Wade decision. He said it started snowing during the march, so the group left early and made it as far as Pennsylvania when they got stuck. Trucks had difficulty making it up a hill and jackknifed, blocking the roadway. He said the snow built up around them quickly.

Ben said he was glad he still had some snacks his mother had packed. Many other buses in the caravan were also stranded and people in those buses shared various items, including toilet paper.

The bus, carrying students from Catholic schools in the Belleville Diocese and other residents from the area, stopped just before 10 p.m. Friday and didn’t move again until about 10:30 p.m. Saturday.

Logullo said the National Guard dug them out with large shovels and the Red Cross had set up a shelter where they could stay in a nearby town.

This was Ben’s second trip to the March For Life and despite this year’s return trip, he is anxious to go back.

Ben Logullo is a sophomore at Mater Dei High School.