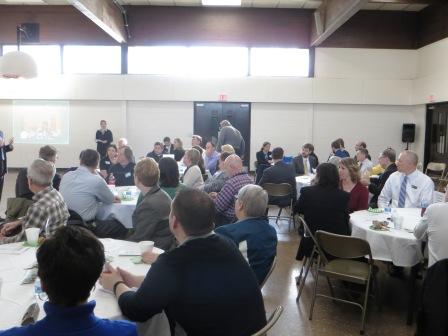 Announcements made during the event included:

Pocahontas native Nathan Ellsworth is a new attorney with the Greenville law firm of Neumann and Sybert.

Bond County Realtors LLC, owned by Crystal Grove and Noel Harnetiaux, will be moving to the former Kepley house at 220 North Second Street.

Pinnacle Title and Escrow, with Michael Diaz Jr. as manager and closer, has opened at 102 East Main Street.

The restaurant Los Amigos, located south of the Econo Lodge, will open in mid-March.

Jeanie Leitschuh is the new loan officer at National Bank.

Chamber of Commerce Executive Director April Crew-Kelly said the Chamber’s Work Fair is scheduled for April 6th at Greenville College and the names of the celebrities for the June 18th Greenville Graffiti car show could be announced this week.

She was pleased with Tuesday’s New Faces and New Places event. She said she was excited about the turnout, which included 17 businesses that were either new, or had a new feature to talk about.

Crew-Kelly said the Chamber of Commerce has over 150 members. The chamber can be contacted at 109 West Main Avenue or by calling 664-9272. 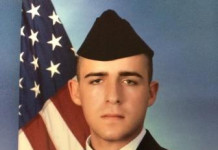