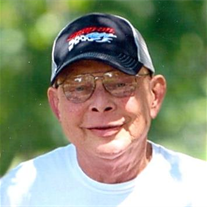 On September 07, 1973, he married Lois Faye Kelley who survives.

He was a member of St. Elizabeth Catholic Church.

Garry was born in East St. Louis. He grew up in O’Fallon, IL. He graduated from O’Fallon High School in 1971. He attended Baily Tech School for 2 years studying Diesel Mechanics. He worked for Truck Centers in Troy for 43 years. He enjoyed being outside, playing horseshoes, doing yardwork and watching NASCAR. He liked spending time with his family, friends and his Truck Center family.

Funeral Mass will be at 10:00 AM on Tuesday, March 29, 2016, at Saint Elizabeth Catholic Church in Marine, IL., with Father Alan Hunter officiating.

Interment will be at Mount Calvary Cemetery in Shiloh, IL at a later date.