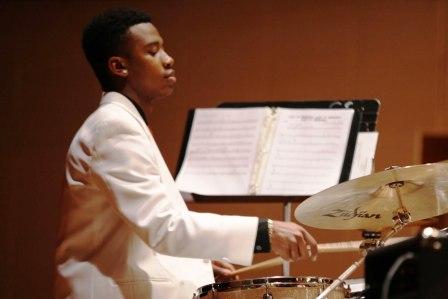 Monday evening, March 14 at 7 pm, the Greenville College Concert Band presents its annual orchestral transcriptions concert. You’ll be able to hum along with familiar melodies including the William Tell Overture. The concert will also feature Beethoven’s Pathetique Sonata as orchestrated by senior composition major Joel Burroughs. The performance in the Whitlock Music Center is the third of four concerts in the concert band’s 2015-16 series.

On Tuesday, March 15, also at 7 pm, the Greenville College Jazz Band salsas into spring with a special Latin Jazz concert in the Whitlock Music Center. These superb student musicians will perform charts influenced by the sounds of Cuba, Puerto Rico, Brazil, and Argentina. You’ll hear tunes you know and enjoy a few new surprises.

Both concerts are free and the public is invited to attend. The Greenville College Bands are under the baton of Professor Will Fairbanks. Since his arrival at Greenville College in 2010, the instrumental music program has grown to include the GC Jazz Band and the Panther Corps Marching Band in addition to the concert band.