The Greenville City Council is considering a proposal from Doty Sanitation which would result in the company providing a large, orange container for trash pickup.

Residents would no longer have to have their own containers for trash. If fact, trash cans would not be allowed and persons would not be able to just put out bags of garbage along the street.

City Manager Dave Willey said the proposal would extend the contract for five years on a negotiated basis. The 96-gallon trash containers that would be provided are about 1.5 times the size of Doty’s current recycling containers.

Willey said the city sees both positives and negatives in that change, but they feel the positive outweighs the negative. He also noted the city has been offered a very attractive price.

The blue recycling containers would still be used.

The city council, at Tuesday night’s meeting, decided to wait a month before making a decision. They hope residents will comment about the possible change.

If the council does not accept Doty’s proposal, it would have to seek bids for trash disposal. 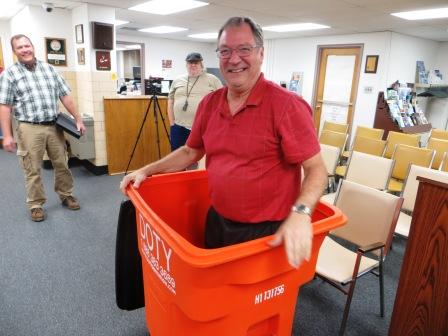 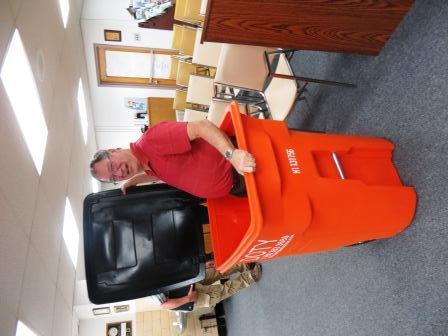