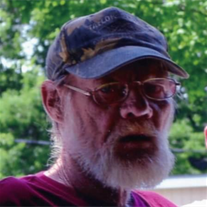 Earl Shaw, age 61 of Greenville, passed away at home Sunday morning, April 24, 2016 surrounded by his family.

Melton Earl Shaw was born February 13, 1955 in Hardinsburg, Kentucky. Earl moved to Illinois at the age of 13. He grew up in Greenville, attended the local schools and Greenville High School. He worked on farms growing up and Pet Milk. Earl worked many years for D&L Disposal and for the Labor Local 622.

Earl was first married to Brenda McCray then September 25, 1993 he married Liz Shaw. He is survived by 3 sons: Chris Shaw and wife Ashlie of Greenville, Trevor Shaw and fiance Julia of Pierron and Travis Shaw of Greenville. He was the loving grandfather of Wesley Shaw and step-grandchildren: Michael, Austin, Autumn and Emma. Also surviving is his mother, Roberta Wirtz of Greenville, twin-brother Merle Shaw of Greenville, brother John Berry and wife Peggy of Greenville, sister Martha Grawe and husband Craig of Keyesport and sister Jeanette Faircloth and husband Brent of Sparta and many nieces and nephews.

Earl was preceded in death by his step-father Vernie Wirtz and sister Jeannie Wirtz.