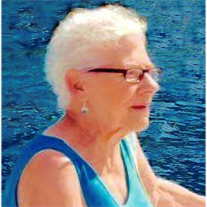 She was born on Monday, July 23, 1945, in St. Louis, MO, the daughter of Raymond and Loretta (nee Ebersbach) Gaudette.

Betty was born in St. Louis, MO; she and her family moved to Granite City, IL in 1954, where she attended Granite City High School. Following her marriage, she and her husband lived in Millersburg, IL. They moved to Highland, IL in 1962. She lived in Houston, TX (area) for about seven years, before returning to Highland, IL in 1980. She had been a resident of Highland ever since. During her life, she had been an EMT in TX, an over-the-road truck driver, operator of a professional cleaning service, and a volunteer at Highland Health Care Center. In her later years, Mrs. Kidd became an avid fisherman.

Private Services at a later date.