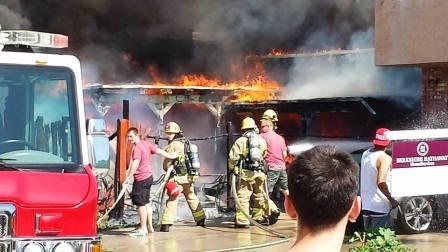 Little did he know he would put his firefighting skills to work during spring vacation.

Tibbetts, who has been a member of the Greenville Fire Protection District department for just over a year, was at a beach house in Oxnard with his girlfriend and her parents on Saturday afternoon. Her father, Mike Smith, is also a fireman.

Smoke was noticed a couple of blocks away so Tibbetts and Smith drove to the scene, getting there before fire trucks. The house was engulfed in flames, threatening two nearby houses. Tibbetts and Smith went to one of the neighboring homes and rescued a woman and her dogs. 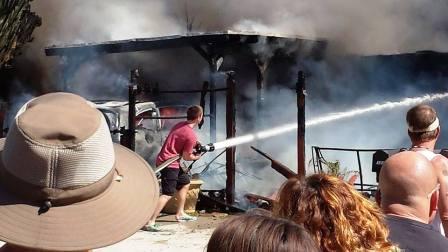 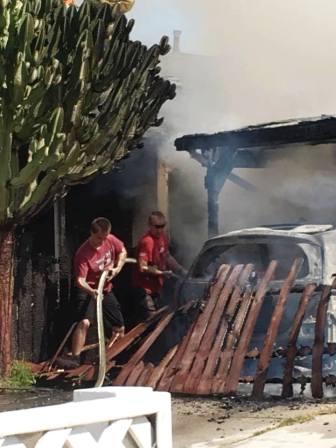 Tibbetts said upon arrival they entered the home through a window. Smith found a woman sleeping in the home and carried her out. Tibbetts took the dogs outside. Once the fire department arrived, he and Smith took on support roles initially, but eventually found themselves fully involved in battling the blaze.

Tibbetts said he carried two dogs out of the woman’s house and another was able to get out. He said there were dogs in the burning structure that perished.

Back in Greenville now, Tibbetts said he was glad he and Smith were able to help the fire department in fighting the fire.

Tibbetts said that he is leaning toward career as a fireman after college.