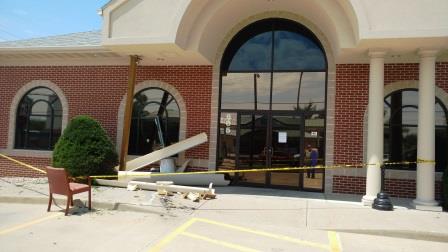 The driver of a car, which crashed into two pillars in front of National Bank, along South Third Street in Greenville this morning, was not injured.

Greenville police were notified of the accident at 11:36 a.m.

The driver of the car, Frances M. Tracy, of Greenville, told police she was driving her car into a handicapped parking space, and she unintentionally stepped on the gas pedal instead of the brake.

The car jumped over the curb, crashing into the two south pillars, and coming to rest against the building. A police officer said a glass window in that part of the bank was broken. 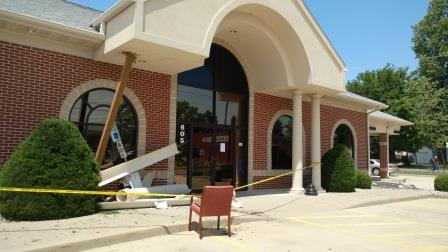 According to the officer, Tracy refused treatment at the scene from emergency medical service personnel.

Damage to the front of the vehicle was estimated at over $1,500.