Madison County authorities have filed charges against a St. Louis man in connection with a Craigslist sale in Edwardsville that ended with shots fired and a high speed chase through the Metro Area.

The unidentified victim in the case called 911 at 3:20 p.m. this past Sunday, notifying Madison County Deputies that he and a friend were pursuing an individual who had allegedly stolen his vehicle. The victim met the suspect at 1:45 that afternoon in the parking lot of a business near the intersection of St. James Road and Moro Road in rural Edwardsville. The suspect, who has since been identified as 22 year old Calvin Fletcher, Jr., of St. Louis, got into the victim’s car and allegedly pointed a gun at the victim’s face. The victim reportedly slapped the gun away. The gun discharged, but no one was struck by the bullet. The victim ran to a nearby vehicle occupied by a friend.

Fletcher allegedly drove away in the victim’s vehicle and the victim and friend gave chase. Fairmont City Police joined the chase on I70, but terminated the pursuit when speeds exceeded 100 mph.

On Thursday, Madison County Sheriff’s Investigators found the victim’s vehicle and were able to identify Fletcher as the suspect. He was captured by authorities Friday and has been charged with alleged Aggravated Vehicular Hijacking, Aggravated Discharge of a Firearm, and Armed Robbery.

Fletcher was accompanied by an unknown female described as a young, light skinned, short black female with a thin build. An image of the female was captured on surveillance video inside the business where the initial meeting took place. 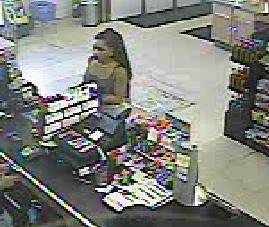 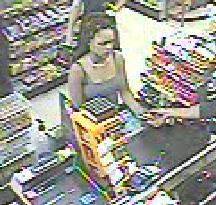 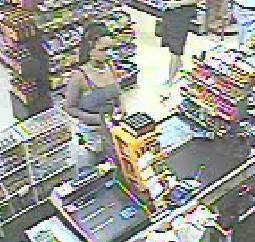