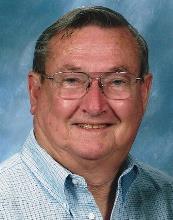 Also surviving are three children: Deborah (Tom) Naegele from Sunman, IN, Diana (Bob) Patterson of Marine, IL, and Lori (Kevin) Rutz of Alhambra, IL; eight grandchildren; 11 great-grandchildren; one niece and two nephews. He was preceded in death by a brother, Duane Bugger.

Mr. Bugger was a self-employed contractor. He was a veteran of the US Army, was a volunteer fireman for the St. Jacob Fire Dept. and was a member of St. Paul Catholic Church in Highland.