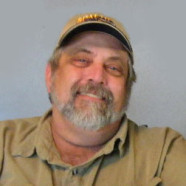 In addition to his parents, he was also preceded in death by his mother-in-law, Grace, nee Deerhake, Weier.

Pete attended Jackson Welding School in St. Louis and was a welder and shop foreman at Spaeth Welding in New Baden for 39 years. He was an avid hunt and also enjoyed fishing.

Funeral Services will be held Wednesday, May 25, 2016 at 11:00 a.m. at the Moss Funeral Home in Trenton with Deacon Charles Litteken officiating. Interment will follow in Trenton Cemetery.

Memorials may be made to the Siteman Cancer Treatment Center and will be received at the funeral home.