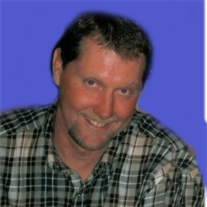 He was born at Alton, IL and grew up in Worden, IL. He went to school at Trinity Lutheran School in Worden and graduated from Edwardsville High School in 1989. He became an Operating Engineer at age 19 and worked for Tom Allen Construction, Edwardsville; then worked for Keller Construction, Edwardsville, for 14 years. He enjoyed hunting, fishing, travelling and hiking with his family. He and his son Nick restored old cars. He truly loved spending time and being with his family.

Interment will be at Trinity Lutheran Cemetery in Worden, IL.

Memorial contributions may be made to Childrens’ College Fund.