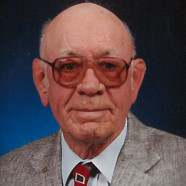 He was born March 24, 1928 in St. Rose to Bernard “Ben” and Margaret (Lampe) Haselhorst. They preceded him in death.

He was married to Mary Ann Stallings for 65 years and they were married on October 19, 1950 at St. Mary Church, Trenton and she survives in Trenton.

Martin was retired from Aircraft Maintenance at Scout Air Force Base. An Army Veteran serving from 1951 to 1953. He enjoyed spending quality time with his family and grandchildren and gardening.

Knights of Columbus will hold 3rd degree services at 9:30 am and Trenton VFW service at 9:45 am at the church.

Memorials can be made to St. Mary Catholic Church, Mater Dei High School or Heartland Hospice and will be received at the visitation or through Moss Funeral home in Trenton.