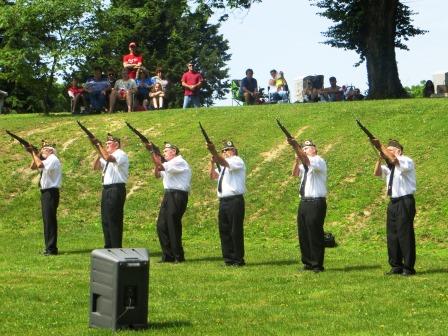 A nice crowd of area residents gathered in front of the mausoleum. 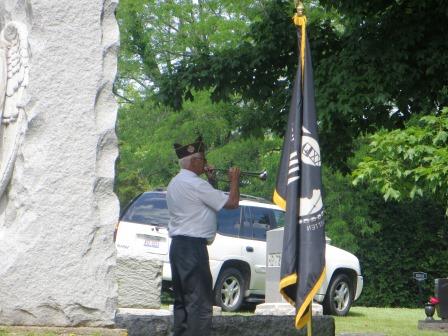 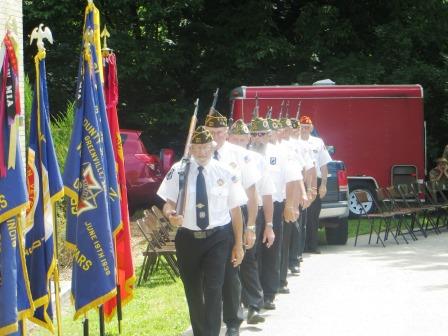 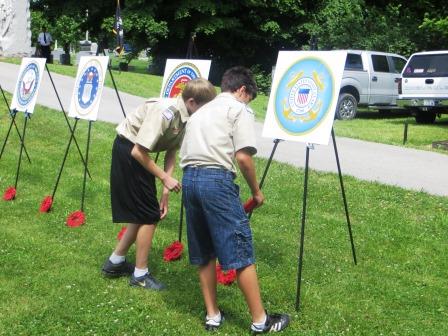 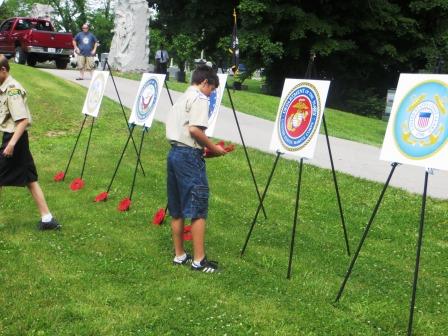 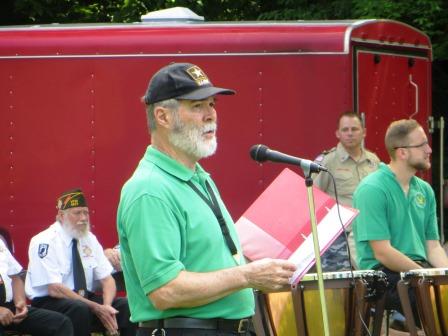 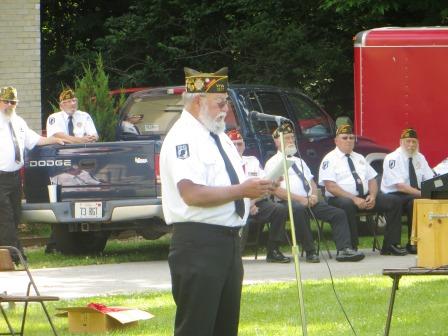 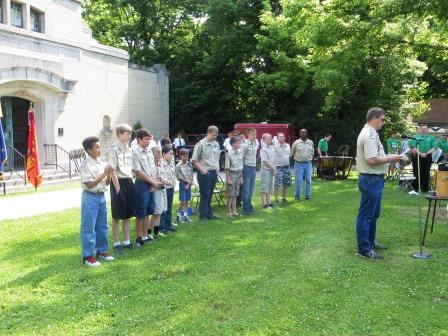 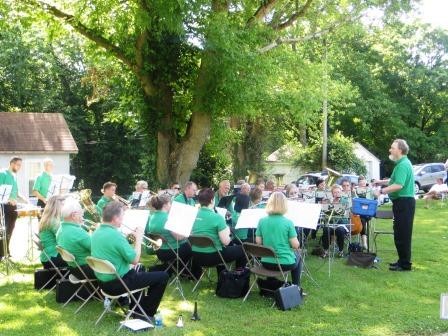 The Greenville Municipal Band played prior to the service and performed four numbers during the program.

Will Fairbanks gave the invocation and benediction.

Leading the audience in the “Pledge of Allegiance” were members of Boy Scout Troop 57.

David Pence, who served in the Army nearly 24 years, and is a long-time member of the Muny Band, was the featured speaker. Click below to hear an excerpt of his address to the audience about Memorial Day:

Veterans fired off a salute to the dead and Howard Wise played “Taps” and “Taps Echo.”

At the Bond County Veterans Memorial on the courthouse lawn, prior to the Memorial Day service, veterans and local residents gathered briefly to change the U.S., Illinois and M-I-A/P-O-W flags.