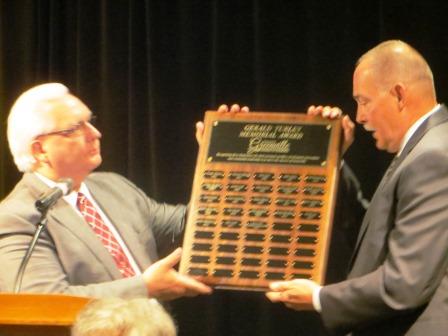 Chamber Board President Michael Diaz presented the honor to Rex Catron, chairman of the Bicentennial Committee. 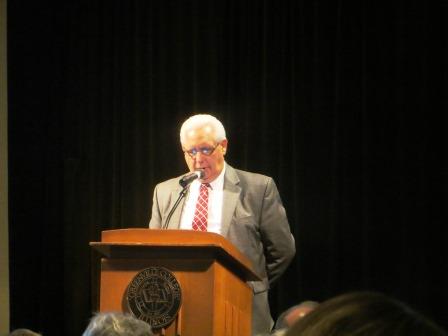 He said the group worked tirelessly and enthusiastically to organize events that united the entire community. 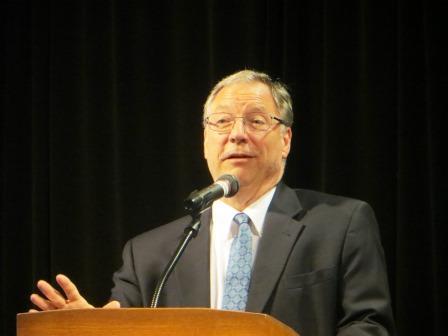 Kevin Kaegy gave a tribute to the late Lester Harnetiaux, who was a committee member. 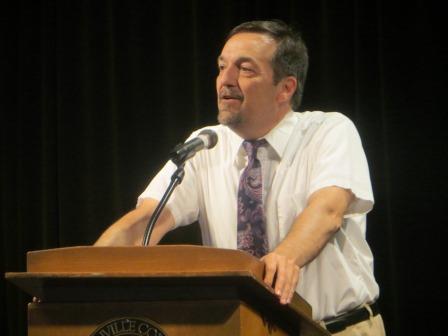 Catron showed pictures of the Bicentennial events and talked about the committee and the events. 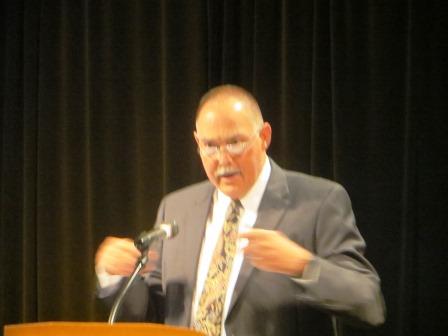 Goldsmith was recognized as the person who visited the Greenville City Council in 2011 to initiate the idea of forming a committee to celebrate the city’s bicentennial in 2015.

Gerald Turley was a former mayor and leader in Greenville, who for many years was responsible for every major project in the city. Attending Monday’s program was Dawn Oldfield, daughter of Gerald Turley.