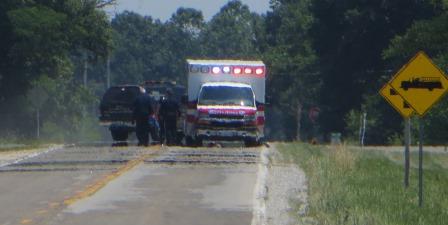 A single-vehicle crash occurred about 11:45 a.m., Monday in the median of Interstate 70 near the Bond Christian Camp.
A pickup truck, driven by a female, travelled off the interstate, went down an embankment into a heavily wooded area and struck a tree head-on. 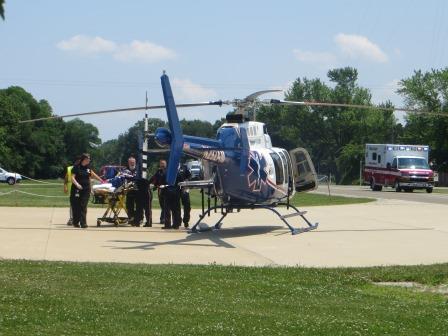 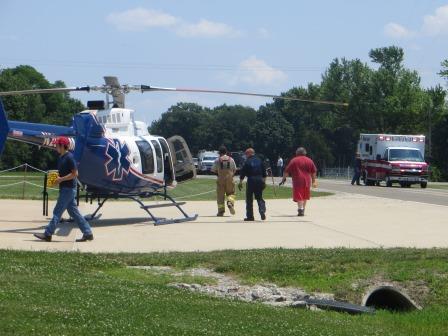 Smithboro Fire Protection District first responders and personnel from the Bond County Emergency Medical Service were sent to the scene. Smithboro firemen requested mutual aid assistance from the Mulberry Grove Fire Protection District.
Smithboro Assistant Chief Bryant Briggs said the driver was removed from the vehicle. Meanwhile, a landing area was prepared in front of the Mulberry Grove fire station, for an ARCH helicopter to land.

Route 40 was closed from Royal Lake to Seventh Street in Mulberry Grove. The driver was taken by ambulance to the fire station where she was loaded into the helicopter, and then flown to a Springfield hospital for treatment of injuries.