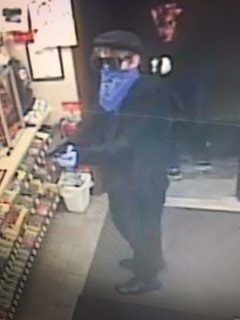 On Monday, June 13, 2016, at approximately 11:38 p.m. the Madison County Sheriff’s Office responded to the Casey’s General Store, at 5256 State Route 140, Bethalto, Illinois, in reference to a report of an Armed Robbery. Madison County Sheriff’s Deputies were assisted by members of the Illinois State Police and the Bethalto Police Department in their response. Deputies met with the attendants who reported that two unknown masked men had just robbed the store at gunpoint.

The investigation revealed the suspects entered the business at approximately 11:33 pm, both armed with black in color pistols, demanding money. The attendants cooperated with the suspects, who fled the area on foot, with an undisclosed amount of U.S. Currency. A perimeter was set up and a Granite City Police Department Canine Unit responded, but the suspects were not apprehended.
The suspects are described as follows:

SUSPECT #1
YOUNG MALE 16-20 YEARS OF AGE
UNKNOWN RACE
5’6” TO 5’8” TALL
130 – 150 POUNDS
BLACK HOODIE, WITH AN ASIAN SYMBOL ON THE FRONT
BLACK JEANS WITH BLACK AND WHITE SHOES
A WHITE MASK, SIMILAR TO AN AIRSOFT OR PAINTBALL MASK 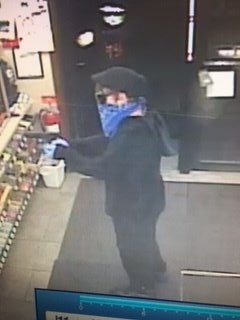