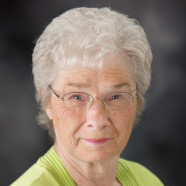 Bernice formerly worked at the Carlyle Shoe Factory, Wickes Lumber, Star Lite Restaurant and her most recent job was in the fabric department at Wal-Mart in Carlyle, IL. She was a member of St. Boniface Catholic Church in Germantown, IL. She enjoyed quilting and spending time with her family, especially her grandchildren.

Memorials may be made to Hospice of Southern Illinois or to the donor’s choice and will be received at the funeral home.