Bill Donnell, of Greenville, was recently in Pittsburg, Pennsylvania to be involved in a big movie.

You might have heard of the director and lead actor . . . Denzel Washington.

The film is titled “Fences” and stars Washington and Viola Davis.

Donnell, owner of the Donnell-Wiegand Funeral Home in Greenville, still isn’t sure how someone connected with the movie found out he owns a 1965 funeral flower car. 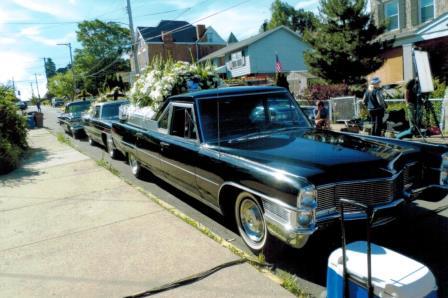 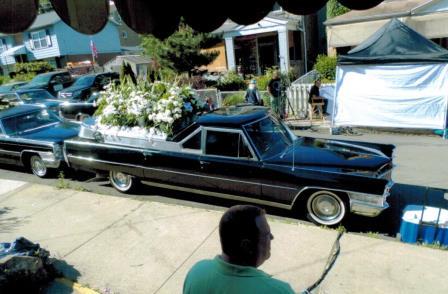 He said his son, John, got a call one day not too long ago, asking for pictures of the flower car. John texted the photos and received another call the next day. An offer was extended and arrangements were made.

Bill Donnell drove out to Pittsburg for the filming and his flower car was taken there by trailer.

He drove the car in the film’s funeral scene, and it was the lead vehicle among three flower cars.

Donnell said actors were instructed not to make eye contact with or interact with Denzel Washington, as he was busy working.

Donnell purchased the flower car in 1983 from the owner in Baltimore. He said it has only been used once for a funeral in Greenville.

“Fences” will be released either in the fall or next spring.