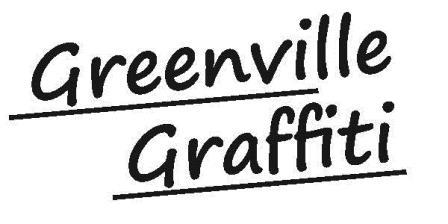 Looking back, it seems odd that one of the most popular television series of the 1970s took us on a nostalgic trip to the 1950s. But chances are, you were among the millions who tuned in weekly to see the adventures of the Cunningham family and their friends on “Happy Days”. Three of the show’s stars, Anson Williams (Potsie), Don Most (Ralph Malph) and Erin Moran (Joanie) are the featured guests at the 5th Annual Greenville Graffiti Car Show.

The three celebrities will make two appearances in Greenville. The first is Friday, June 17 at “An Evening At The Diner”, a ticketed program that includes a question/answer session with the stars, diner food, a cast member look-a-like contest, a 1950s dance contest, and a special performance by the Hard Road Theatre of Highland. Ironically, the Hard Road group is performing a musical based on “Happy Days” later this summer. The event, held at the Greenville High School gym, runs from 7 to 10 p.m. Pat Kious, a member of the Greenville Graffiti Car Show committee commented, “From the classic cars parked outside the gym to the music and entertainment inside, a visit to the Greenville Graffiti diner will truly be a cruise down memory lane.” Tickets are $20 each and may be purchased at the following Greenville locations: Bradford National Bank, The First National Bank, and Watson’s Drug Store. You may also call (618) 664-9272 to reserve tickets.

The 5th Annual Greenville Graffiti Car Show on Saturday, June 18 will be a full day for car enthusiasts. Registration for the car show is from 9 a.m. until noon with awards presented at 3:00 p.m. Judging is open to cars and trucks from 1991 and older. Plaques will be awarded to the Top 50 overall and the Top 10 pre-49 street rods selected by the judges. In honor of the “Happy Days” theme, the car with the “finest fins” will also receive a plaque. The entry fee is $15 for judging or $7 for display only. The first 150 registered will receive complimentary dash plaques. The classic vehicles will be parked along 2nd Street from the First United Methodist Church to Beaumont Avenue and on side streets. Last year’s event attracted 197 registered entries. John Goldsmith, Greenville Graffiti chairman said, “This show has earned a reputation as being one of the best in the St. Louis area. Each year it has grown in size and we’ve attracted some incredibly valuable vintage cars and trucks. Our committee works hard each year to make the show something our community can be proud of.”

The trio of stars from “Happy Days” will be signing autographs from 10 a.m. to 2 p.m. on the east grounds of the Bond County courthouse. The celebrities charge a fee for autographs. Mayor Alan Gaffner officially welcomes Williams, Most and Moran to Greenville during a brief ceremony at noon.

The First United Methodist Church will again be selling the official souvenir t-shirts for the show. They will be set up in a tent adjacent to the autograph area.

Fans of “Happy Days” will be able to view episodes from 9 a.m. until 3 p.m. in the former Masonic building at the corner of 2nd and Main streets.

Don Emde, a 1999 inductee into the AMA Motorcycle Hall of Fame, will be signing copies of his new book Finding Cannon Ball’s Trail from 10:00 a.m. until 2:00 p.m. in the gazebo on the courthouse grounds. The book tells the story of the May 2014 cross-country journey that Emde and a group of fellow motorcycle enthusiasts made to celebrate the centennial anniversary of the same trip made by Erwin “Cannon Ball” Baker in 1914. Emde’s group stopped in Greenville during their trek. He is excited about his return visit to the community and the opportunity to be a part of the Greenville Graffiti Car Show. A special parking area has been reserved for motorcycles.

The First United Methodist Church parking lot will be the site of several specialty displays including 15-year old Noah Sugg of Greenville and his B-modified race car; cars from the I-70 Quarter Midget Racing; the Illinois State Police Heritage Foundation’s SUV; a display from Schultheis Garage & Classics; and the Bond County Health Department’s Humvee.

Kids will have the opportunity to meet “Super Minion” from 10:30 a.m. to noon. The character will roam the car show and be available for photographs. “Super Minion” is appearing courtesy of Mascot Express of Vandalia.

A craft and vendor show, sponsored by the Circle of Friends team and benefiting the Lemuel Rhodes Cancer Foundation, will be held from 9 a.m. until 3 p.m. on the Second Street municipal parking lot and on the grounds of the courthouse. Around eighty dealers from several states are participating.

Food booths will be operating from 10 a.m. until 3 p.m. near the intersection of Second Street and Summer Avenue.

No Hearing Needed For City Levy

County Board Members To Be Sworn In Tuesday