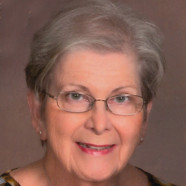 Julia retired as a Medical Records Clerk from St. Joseph’s Hospital in Breese and was a member of St. Dominic Catholic Church and Altar Sodality and the Breese Historical Society. She enjoyed scrapbooking, camping, traveling, and most of all spending time with her grandchildren.

Memorials may be made to Celtic Hospice, ALS Association, or to the St. Joseph’s Hospital Hospice Room and will be received at the funeral home.