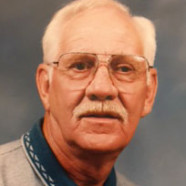 Cannon retired from Granite City Steel as a supervisor. He was a member of Carlyle Christian Church in Carlyle. Breese American Legion Post 252 and U.S.W.A. Local 25.

He was born April 22, 1934 in Breese to Marie (Oliver) and Lawrence Timmerman Sr. They preceded him in death.

Memorials can be made to the church of the donor’s choice and will be received at the funeral home.