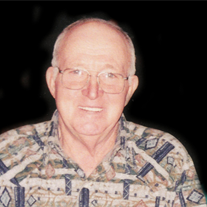 He was a member of the Cement Masons & Plasterers Local 90.

Raymond was born in Fruit Station; also lived in Marine and Alhambra. He and his wife lived most of their lives in Marine. Ray and his wife had traveled to Hawaii three times, also to Mexico, Florida and Arizona. For their 50th anniversary they went to Maine and New England. He moved to Arkansas in 2010; later to River Lodge Assisted Living in 2012. He liked to fish; enjoyed flea markets, collecting meat cleavers and restoring cast iron skillets.

Funeral service will be at 10:00 AM on Saturday, June 11, 2016, at Spengel-Boulanger Funeral Home in Highland, IL, with Father Paul Habing, Marine, IL officiating.

Interment will be at Saint Elizabeth Catholic Cemetery in Marine, IL.

Memorial contributions may be made to St. Elizabeth Catholic Cemetery-Marine, IL or Hospice of the Ozarks.