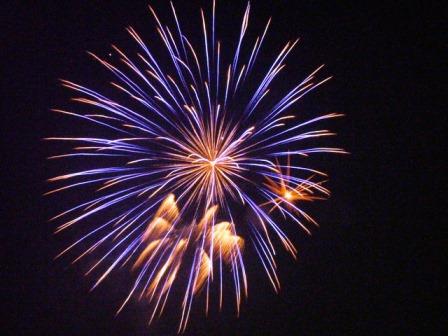 The fireworks show at Patriot’s Park was cancelled July 4th weekend due to rain.

Area residents, however, will still get to see the fireworks display in a few weeks.

Scott Crothers, chair of the Fourth Fest Committee, said the fireworks will be offered at the conclusion of the Bond County Fair parade on Tuesday, August 9.

After the Fourth Fest Committee met and agreed to offer the fireworks to the fair organization, the fair board accepted the offer Wednesday night.

This was the second straight year the Fourth Fest has been cancelled due to rain. Last year, the fireworks were shot off at the conclusion of the Greenville Bicentennial celebration.

Crothers said Fourth Fest will be scheduled in 2017.

The fireworks show at the fair will be provided at no cost to the fair board.