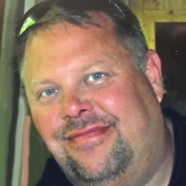 Aaron received his bachelor’s degree in Plant and Soil Science from SIU-Carbondale and currently worked for Gateway FS in Nashville, IL as a Seed and Crop Protection Manager. He was a member of St. Bernard’s Catholic Church in Albers, IL and the Albers Knights of Columbus.

He enjoyed hunting, fishing, woodworking, but his true passion was farming. Aaron coached his children’s tee ball teams and was well known in his neighborhood for teaching all the kids how to ride a bike.