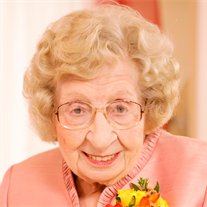 She is survived by two sons; Paul (Marcia) Strieker of rural Breese and Darrell (Barbara) Strieker of Aviston; four grandchildren who were the light of her life; Melinda (Kurt) Rickhoff of Albers, Jennifer (Kyle) Markus, David (Jennifer) Strieker and Kristen (Ned) Bowdern all of Aviston; eight great-grandchildren with one more on the way; numerous nephews and nieces; as well as her sister-in-law, Mary Strieker.

Alvina was a member of St. Francis Parish and Altar Sodality. She was a gifted seamstress as well as an active dairy farm wife. Quilting was a favorite pastime and her quilts are family treasures. She also made custom draperies as well as clothing for her family, rarely needing a pattern. She was an incredible cook with her pies being especially memorable. Prior to going to the nursing home, Alvina lived her entire life on the family farm where she was born.

Memorials may be made to St. Francis Parish or to the charity of the donor’s choice and will be received at the funeral home.