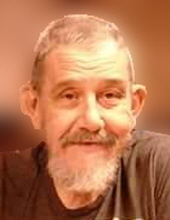 Mr. Cluck was born on April 16, 1951, in Christopher, Illinois, a son of Marion and Ethel (Gant) Cluck. He married Deb Erlinger in Carlyle on August 14, 1986, and she survives in Carlyle.

In addition to his parents, Mr. Cluck was preceded in death by a sister – Barb Bloomer, and his father in law – Bill Erlinger.

Dave retired as a security guard, and most recently worked for Pinkerton Security. He enjoyed woodworking and was a talented mechanic. He loved to work on cars, build go-carts, and lawn mower demolition derby mowers.

Expressions of sympathy in memory of Mr. Cluck may be made to his family and will be received at Zieren Funeral Home.