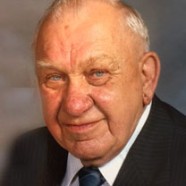 He was born April 14, 1926 in Germantown to Fred “Fritz” and Eleanor (Schleper) Weier: they preceded him in death.

He married Grace Deerhake September 22, 1955 at St. Boniface Catholic Church, Germantown and she preceded him in death June 5, 2014.

Edwin worked Civil Service at S.A.F.B. as an electrician. He enjoyed gardening, playing cards, traveling and being a “Snowbird” in Texas, and he was an all-around got to Mr. Fix it man.

Members of the American Legion will hold services at 7:00 p.m. Friday at the funeral home